My Brooklyn follows director Kelly Anderson’s journey, as a Brooklyn gentrifier, to understand the forces reshaping her neighborhood. The film documents the redevelopment of Fulton Mall, a bustling African-American and Caribbean commercial district that – despite its status as the third most profitable shopping area in New York City – is maligned for its inability to appeal to the affluent residents who have come to live around it. 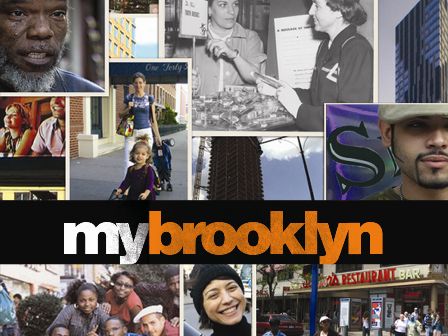 As a hundred small businesses are replaced by high rise luxury housing and chain retail, Anderson uncovers the web of global corporations, politicians and secretive public-private partnerships that drive seemingly natural neighborhood change. The film’s ultimate question is increasingly relevant on a global scale: who has a right to live in cities and determine their future?

My Brooklyn premiered at the Brooklyn Film Festival in June 2012, and after two sold-out screenings it took home the festival’s Audience Award. Since then, the film kicked off Filmwax’s acclaimed Brooklyn Reconstructed series and has been showing to packed audiences all over the city. It went on to win Best Documentary and Best Director at the Red Hook Film Festival, and has screened internationally at the Architecture Film Festival in Lund, Sweden and the This Human World Human Rights Film Festival in Vienna, Austria. “Anyone who cares about real cities, and real rights to the city, needs to watch My Brooklyn,” says Don Mitchell, a Distinguished Professor of Geography at Syracuse University and the recipient of a MacArthur Genius Award. This coming spring the film will be at the Oxford Film Festival in Oxford, MS, as well as in a film series in Oakland, CA that explores connections in urban planning between Brooklyn and Oakland.