The pantomime season is just about over, though anyone missing his fix of princely heroes and dastardly, hissable villains needs only to switch attention to the player-of-the-year contest or tune in to Sunday afternoon’s matinée at Old Trafford, where Robin van Persie and Luis Suárez go head to head and no special effects will be required to guarantee drama.

The season’s two outstanding performers have been dominating the headlines from day one, almost writing their own scripts. Suárez has carried a limping Liverpool into a position where they could bring in another striker in the January window. Asked a little unreasonably to be a one-man attacking force, he has responded with 19 goals where others might have sulked or agitated for a move, and many of his goals and assists have involved the sort of jaw-dropping brilliance that few other players could supply.

Exactly the same could be said of Van Persie’s 20-goal tally and in addition to the sublime skill that saved Manchester United late on in the Cup at West Ham last weekend, the Dutch striker has rescued his side from so many unpromising situations that even Roberto Mancini recently admitted he is likely to make the difference between United and City this season. “He has changed the situation between the two clubs,” the City manager said, arguing that United would not be seven points clear had his own pursuit of Van Persie last summer proved successful.

Perhaps Mancini should have turned his attention to Suárez instead if goals are an issue at City, because any player who can fill his boots with the current Liverpool side would find the sky the limit playing alongside David Silva and Sergio Agüero. Yet as his friend and Liverpool colleague Lucas Leiva says, adversity seems to have brought the best out of the Uruguayan. “There are lots of good strikers but Luis this season has been amazing,” Lucas says. “The good thing about him is that he doesn’t need others to help him to create chances because he creates on his own. That’s what makes him special as a player and he’s exactly the same in training every day. He doesn’t like to lose and that’s what makes him so successful.” >>CONTINUE READING 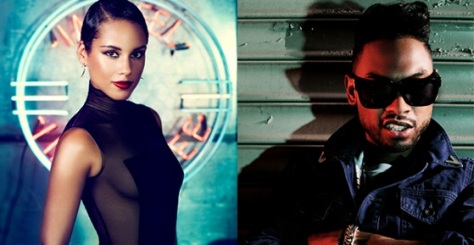 Who’s excited for Miguel’s upcoming “Set The World On Fire Tour” with Alicia Keys? To find out more about presale tickets in a city near you click here.