“Empire” actor Jussie Smollett has been charged with disorderly conduct for allegedly filing a false police report. Chicago police announced late Wednesday that felony criminal charges against Smollett have been approved by the Cook County state’s attorney’s office. He faces up to three years in prison if convicted. […]

Coming Spring 2019! Become a Patron NOW and be one of the FIRST to see the all-new season! Patreon.com/andseen Follow us on all social media! IG: @&SEEN Twitter: @andseennetworks Facebook: @andseennetworks In the upcoming season of The Chadwick Journals, Chadwick struggles through his brother’s birthday when the desperate, […]

Jussie Smollett Being Investigated As ‘Active Participant’ in His Own Attack

The investigation into the assault on Empire actor Jussie Smollett took another twist on Saturday night. Chicago police apparently now believe Smollett paid two men to stage the attack, according to CNN. Reached for comment about the report, a Chicago police spokesman would only confirm that “the information […] 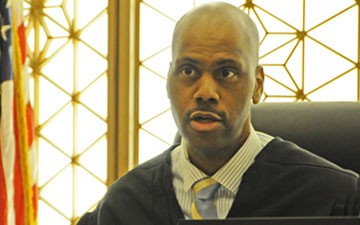 Yesterday, President Barack Obama nominated his first openly gay African-American judicial nominee for the federal courts. Judge William L. Thomas has been put forth for consideration for the U.S District Court for the Southern District of Florida. He’s one of seven judges nominated today and, if confirmed will be […]