“Dark Lane Demo Tapes” is a collection of rough drafts about the struggles of success and hints at what his next album might sound like.

Credit Drake for being both the most sonically consistent pop star of the last decade and also a work in progress. From album to album, year to year, he draws from a standard palette of moody R&B and puffed-chest rap, emotionally charged hip-hop and muscular soul. But at the same time, he’s always slathering his approach atop new inputs: dancehall, grime, Houston rap, Afrobeats and beyond. Unlike many of his peers, he’ll put his credibility on the line for a chance to absorb and repurpose new sounds.

Which is why “Dark Lane Demo Tapes” — a largely effective album-length odds-and-ends collection but not, you know, an album — may be more valuable as data than as songs. As music, it’s a mostly sharp document of top-dog anxiety and solipsism. But it’s also perhaps a spoiler for the proper album Drake announced will be released this summer,his first since the blustery “Scorpion” in 2018.

“Dark Lane” shows Drake songs at various developmental points — full-fledged experiments in a range of regional and microscene styles, half-cooked ideas from old projects, classicist exercises, formal rhymes, informal rhymes. Omnivorous and osmotic, he feels his way around new production styles and tries out new flow patterns, attempting to make them jibe with the soft-edged style he excels at.

“War” is a U.K. drill song, ominous and sneering and full of deeply studied slang. “Demons” explores Brooklyn drill, a little jumpier than its overseas cousin. (It features two of that scene’s up and comers, Fivio Foreign and Sosa Geek.) “Toosie Slide,” which recently went to No. 1 on the Billboard Hot 100 thanks to its baked-in virality, is a quasi-dance song. And “Pain 1993,” a long-promised collaboration with Playboi Carti, is a chance for Drake to ably mimic his collaborator’s chirps.

Ciara keeps the dance floor hype going with her new release “Freak Me,” a collaboration with Nigerian star Tekno Miles.

On the track, which follows her viral smash, “Level Up,” the veteran songstress delivery intimate and spicy lyrics while taking command of the dance floor. “Wind slow on it, take control of it, take all of it,” she sings. “I’ll be the freak that you need / I won’t tell nobody / How you freak my body.”

To hold fans over while he works on his upcoming album, former One Direction member Zayn drops a cover of Beyonce’s classic self-love anthem “Me, Myself & I.” He tweeted, “Album is on the way. Got a few surprises for you too .. here’s a taster.”

Zayn’s vocals aren’t as emotive as Beyonce’s, he adds his own adlibs and a masculine twist to the lyrics while keeping the same vibe as Beyoncé’s 2003 hit from her solo debut album Dangerously in Love. 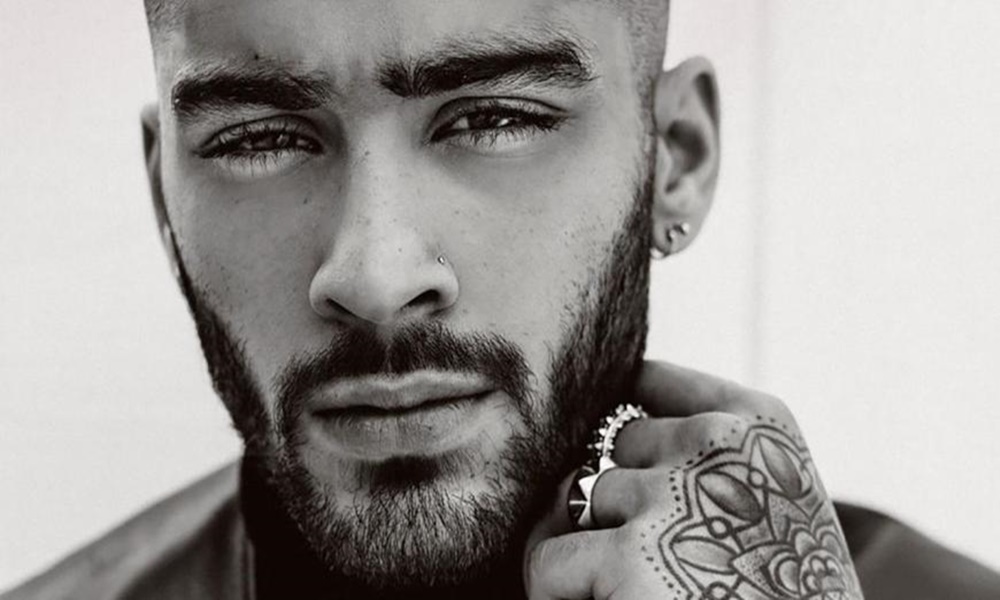 While the cover doesn’t move us, apparently, model girlfriend Gigi Hadid loved it. “I meeeaaannnnn,” she tweeted along with heart eye emojis.

Stream below and tell us what you think:

The nimble record label in the world’s de facto hip-hop capital is working
to build sustainable careers, not viral moments, in the streaming era.

ATLANTA — Unless you catch a glimpse of the eggplant Mercedes-Maybach S600 or the various young men with clusters of diamonds on choker-short chains coming and going at all hours, there is nothing too flashy about the headquarters of Quality Control Music, a record label here in the world’s de facto hip-hop capital.

As the birthplace of the chart-topping, trendsetting careers of Migos and Lil Yachty, this studio and office compound, northwest of downtown, is the latest nondescript landmark to help alter the course of rap music, a near-constant occurrence in Atlanta over the last two decades. But despite its pedigree as a center of luxury and innovation, the space — tucked behind a Goodwill and a full-service dog care facility — is light on bacchanalia and heavy on rules and expectations.

“DO NOT come to the studio UNLESS you are working,” reads a weathered printout taped to a bare wall amid four recording studios. “BE RESPONSIBLE for the company you bring … DO NOT have anyone dropping off or picking up drugs at the studio … This is not your home, this is not a hangout, this is a place of business. PLEASE conduct yourself accordingly and in a professional manner.” (Also: “ANY gambling, all parties involved must pay the house 30%!”)

The artists tend to listen. On a recent weekday afternoon, the promising, singsong street rapper Lil Baby, 21 years old and newly into music after two years in prison, diligently wiped his Chick-fil-A sauce and crumbs from a studio countertop as he played tracks from his next mixtape, “Too Hard.” Expected in early December, the project will be his fourth release of the year despite the fact that he started rapping in February.Taking in the songs were the stewards of Lil Baby’s fledgling career: Quality Control’s chief executive Pierre Thomas, or Pee to everyone in his orbit, who typed notes on his phone; and its chief operating officer Kevin Lee, known as Coach K or Coach, who vibed with his eyes closed.

Both men, veterans of the nexus where Atlanta’s street culture meets its music scene, have known Lil Baby since he was a charismatic teenager who was respected around town for his gambling prowess, and they had long encouraged him to pursue a career in music.

Hardheaded and fast-living, Lil Baby resisted until his sentence for gun and drug charges limited his options. As he raps on one new song: “Last year I was sittin’ in a cage/this year I’m goin’ all the way/takin’ drugs, trying to ease the pain.”

Pee, visibly energized by Lil Baby’s progress as an introspective songwriter, announced that the track would serve as the intro for the mixtape, only to receive a vehement protest from the rapper.

“Listen, you’re getting overruled on this one,” Pee shot back, ending the discussion. “Have I told you anything wrong yet?”

It’s this hands-on engagement with homegrown talent that Quality Control hopes will set it apart. Founded by Pee and Coach in 2013 around the flamboyant, fast-rapping local trio Migos, the company went from a start-up with the growing pains typically associated with a new independent label — exacerbated by their artists’ run-ins with the law — to a joint venture with Capitol Music Group and Motown Records in 2015.

Though prospects like OG Maco, Young Greatness and Rich the Kid didn’t truly take off, Quality Control has avoided the temptations of today’s viral-rap gold rush — in which a meme or one-off video by a rookie can lead to a major-label deal — preferring to stick with its system of developing talent gradually and at home.

This year brought an extended breakthrough amid hip-hop’s domination on streaming services: “Bad and Boujee” by Migos hit No. 1 and led to a smash album, “Culture”; while the human meme Lil Yachty established himself as a ubiquitous brand partner with a loyal youth following.

Now, with two well-oiled moneymakers who have refused to fizzle — Lil Yachty’s “Lil Boat 2” mixtape is scheduled for late December and Migos’s “Culture 2,” featuring the single “MotorSport,” is due out in January — Pee and Coach can shift focus to building sustainable careers for its “farm team” of young Atlanta rappers, including Lil Baby, Marlo and Mak Sauce, while simultaneously expanding its brand into television, film and more. (“Quality Control Presents: Control the Streets, Volume 1,” a compilation album featuring the label’s roster and guests like Nicki Minaj, Kodak Black and Cardi B, is scheduled for release on Dec. 8.)

Coach K and Pee are not your standard record industry players, but more akin to No Limit’s Master P and Cash Money’s Baby and Slim: savvy businessmen who shaped their labels with grass-roots hustling — updated for the internet age.

“Other labels have these A & Rs and C.E.O.s and chairmen, sitting in an office looking on the internet at numbers on SoundCloud and Spotify — they’re just into the analytics,” Pee, 38, said. “That’s part of it. But if I’m being honest — and it might sound ignorant — I don’t own a computer. I’m really out here in it.”

Looks like Barack Obama and Justin Trudeau isn’t the only hookup making us dream of an alternate reality. This perfect matchmaking exercise comes courtesy of 19-year-old producer Amorphous, who has masterminded a collaboration 20 years in the making: a duet featuring Aaliyah and Beyoncé. “Remixed Beyoncé’s ‘All Night’ with Aaliyah’s ‘One In A Million,'” the Orlando teen tweeted of his decade-spanning mash-up. “Two friends who I really wish had the chance to work together.” Don’t we all.

It’s not impossible that Baby Girl and Queen Bey would have collided on their own accord at some point. On the 15th anniversary of Aaliyah’s tragic death in 2001, Beyoncé posted a throwback tribute to the R&B icon — a video of her pre-Jay self interviewing Aaliyah (and gushing about D’Angelo) at the 2000 MTV Movie Awards. Bey has also thanked Aaliyah for being an early supporter of Destiny’s Child. Amorphous, meanwhile, wasn’t born when “One in a Million” was released in 1996, but that’s just testament to the Missy Elliott and Timberland-assisted slow jam being well ahead of its time. Happy #TBT.

On his latest album Jesus Piece, Game included the bonus track “Dead People,” a song that featured an old Dr. Dre beat the two had worked on back during studio sessions for Game’s The R.E.D. Album. The Compton rapper has been part of the Dr. Dre’s Aftermath crew since the beginning. When VIBE tried to squeeze out any new info about Dre’s long-awaited Detox album, the former Aftermath artist revealed a lot by not really revealing anything. “Detox, it’s like Jesus,” says Game. “Will you ever get to see Jesus? It’s like a hip-hop Jesus.” In 2011, Dr. Dre released two cuts off the elusive album — “Kush” and “I Need a Doctor.” Things were looking up for fans, who had been paitently waiting for a follow-up to Dre’s 2001, which was released in 1999. But, then, it was crickets all over again.

“Dre’s a hard guy to please,” adds Game, noting Dr. Dre’s attention to detail and perfection. “If he doesn’t become 100 percent happy, then we’ll probably never end up hearing Detox. I’ll say never.” Game also notes that the success that came with Dr. Dre’s headphone company Beats by Dre, also interferes with new Dr. Dre album. One shouldn’t give up hope for a new Dr. Dre album, but perhaps just leave it to surprise. Watch the full interview of Game talking about working with Dr. Dre, who co-signed his latest album, below.