WeWork’s Rise: How a Sublet Start-Up Is Taking Over 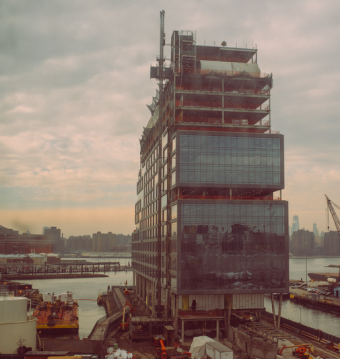 Critics have derided WeWork as overvalued and vulnerable to the next downturn. But the company holds so many leases in so many cities, it might hold more power than its landlords.

Real estate titans have long scoffed at WeWork, which in eight short years has managed to attain a $20 billion valuation by selling short-term leases for shared office space with a mixture of stylish design and free-flowing alcohol.

Derided by some as a real estate company masquerading as a technology company, it has been called everything from a “$20 billion house of cards” to a “Ponzi scheme.”

The naysayers argue that WeWork’s business model looks brilliant only in a rising economy that has allowed it to lock in long-term leases and then re-rent that space to other businesses at a premium. The enormous valuation it has obtained is higher than that of Boston Properties and Vornado, two of the country’s biggest office-space landlords — companies that actually own the kind of space that WeWork usually rents.

Now, with interest rates creeping higher, residential real estate prices flattening and fears of an economic slowdown coming, real estate insiders are gleeful at the notion that a downturn could be an existential threat for the company.

But a funny thing happened as WeWork has scaled up all over the globe: It may have become too big to fail.

WeWork has gobbled up leases for so much space in so many cities, there’s a compelling case to be made that its landlords wouldn’t be able to afford for it to go under.

Because of WeWork’s size, “they have more power in a down market,” said Thomas J. Barrack Jr., the longtime real estate investor and founder of Colony Capital.

The company is scheduled to release third-quarter financial results on Tuesday. A WeWork spokesman, citing the coming report, declined to comment.

The conventional wisdom is that when the economy turns south, WeWork’s customers — many of which are start-ups and may be the most vulnerable — will simply walk away. The flexibility of WeWork’s short-term leases is part of its appeal, after all.