Athletes and rappers tend to have a kinship that runs deep. It could be the similar lifestyles or simply pure admiration but over the course of time, we’ve seen some of the best friendships happen between these two entities. Subscribe to Complex News for More: http://goo.gl/PJeLOl

A mob of people swarm Bad Bunny, the Puerto Rican rapper, yelling his name. “Oh my god,  he’s so sexy,” one teenage girl squeals. Another, in complete shock, shouts: “I touched him.” But Bunny isn’t fazed. Dressed in a maroon Alexander Wang anorak jacket with matching shorts, long tan socks, brown Gucci hiker boots, and mirrored sunglasses, with his fingernails painted yellow, he flashes a smile and takes selfies with them.

In certain New York City neighborhoods, Bunny might not be as recognizable. Not here, though. Throughout the shoot for this cover, the predominantly Latino residents of the area surrounding Brooklyn’s Knickerbocker Avenue followed his and Colombian artist J Balvin’s every move. Some even managed to find the nondescript bar where we filmed, waiting outside for hours and screaming every time the door swung open. They wanted to catch a glimpse of Bunny, the 24-year-old Latin trap king, and Balvin, reggaeton’s answer to Drake.

Reggaeton’s long been a fixture in the Spanish-speaking world, but in 2004 it exploded in the U.S. with Daddy Yankee’s hit “Gasolina,” off his album Barrio Fino. The genre’s had its ebbs and flows since then, but it has recently found a massive new market, thanks in part to the global success of Luis Fonsi’s “Despacito” remix featuring Justin Bieber and Daddy Yankee—the most streamed song ever—and, of course, Balvin’s steady hit-making and Bunny’s arrival.

Last year, Balvin (real name José Álvaro Osorio Balvin) released his megasmash “Mi Gente” with French DJ and producer Willy William, followed by a remix featuring Beyoncé. Both songs were everywhere; the original currently has over 2 billion views on YouTube, while the remix has over 79 million. But those two songs weren’t just major successes on the charts. More than that, they helped other Latin rap artists, like Bunny, cross into the mainstream.

Born Benito Antonio Martínez Ocasio, Bunny started his career by uploading songs to SoundCloud while still a student at the University of Puerto Rico. But in two short years, he’s become a phenomenon. “Soy Peor,” the track that established the Latin trap sound, caught the ear of the U.S. audience; it’s been streamed 13 million times on SoundCloud. Balvin’s “Si Tú Novio Te Deja Sola”—a song Bunny first composed with the artist in mind—has been nominated for a Latin Grammy. He’s collaborated with big-name American artists like Nicki Minaj (“Krippy Kush”), Cardi B (“I Like It”), Chris Brown (“Dime”), and Drake on an unreleased song.

Together, Balvin and Bunny are leading the charge in bringing reggaeton to the American market once again. The best part about that is they’re doing it on their own terms—a new sound, painted fingernails, eccentric outfits. We haven’t seen anything like them before, but if you ask them, that’s the point.

Bad Bunny and J Balvin, two of reggaeton’s most recognizable faces, are Complex’s latest cover stars. They sit down with Rapetón editor-in-chief Angel “El Guru” Vera to discuss how they first met, the rise of Latin trap, and what they think it takes to be an icon. Bunny also explains why he hasn’t released an album and reveals that he has an upcoming joint album with Balvin.

“Open Late” is switching things up and headed to ComplexCon. Peter Rosenberg sits down with Emmy-nominee Michael B Jordan to chat Black Panther, the upcoming Creed II, and why he’s getting politically active this year. As always, AraabMuzik holds it down on the MPCs. 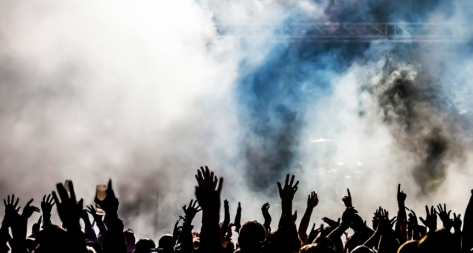 More than 100 years ago, black domestic workers in Georgia organized for better pay. Now they’re getting out the vote for Stacey Abrams.

All across Atlanta, hundreds of domestic workers have been knocking on doors for Stacey Abrams, the Democratic candidate for Georgia governor, hoping to turn her into first black woman in that role.

These domestic workers, mostly black women affiliated with Care in Action, the political arm of the National Domestic Workers Alliance, are using new technologies, like a smartphone app to identify the homes of voters of color.

But they’re also carrying on an 140-year-old tradition of domestic workers fighting for economic empowerment. Despite their marginalized positions and the many obstacles in their way, they insist on making their voices heard.

In July 1881, washerwomen in Atlanta, toiling outside in the hot summer as they lugged buckets of well water and scrubbed their white patrons’ laundry, finally had enough. They decided to go on strike to demand increased wages and respect for their work.

They and a few male allies mobilized supporters by going door to door in black neighborhoods, despite threats of being arrested for “disorderly conduct.” The women held meetings in churches, hundreds packing the pews. They formed the Washing Society, a cross between a labor union and a mutual aid organization, with subsidiaries in the city’s five wards.

And in the beginning of the Jim Crow era, domestic work was more than a system of labor. It also symbolized an ordering of society by race in which black people were always considered subservient.

When the strike broke out in July, the women faced a chorus of boos and laughs from employers, city officials, businessmen and reporters from the The Atlanta Constitution newspaper. The women were called “Washing Amazons.”

But the nickname soon proved to be apt. “I tell you, this strike is a big thing,” the police chief admitted after the first week when it was clear that there was no end in sight. Unlike other domestic workers, who labored in isolation in their employers’ homes, the laundresses shared work sites and were thus able to build solidarity.

In Southern cities, black domestic workers, including maids, nurses, cooks and laundresses, performed the most intimate and the most undesirable jobs for white families. They were paid substandard wages, expected to work long hours and were subjected to insults and sometimes even physical assaults. 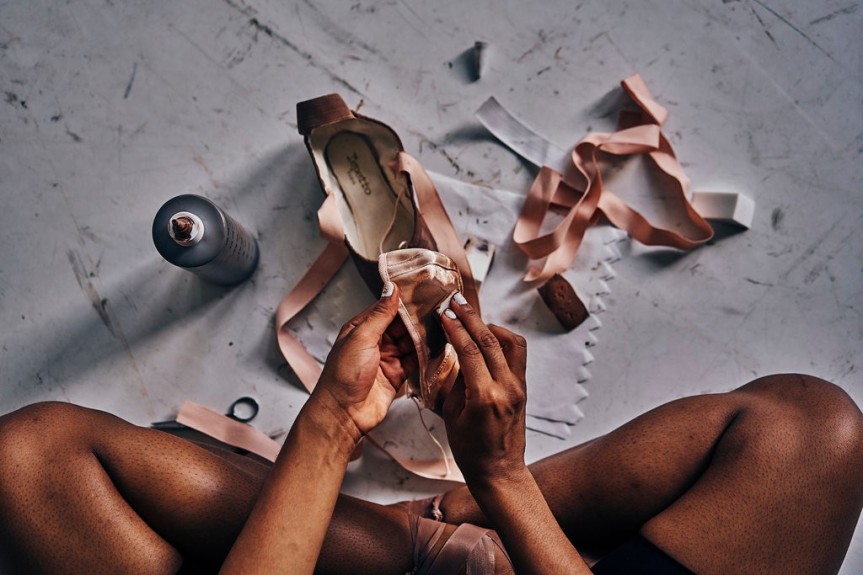 Ballet dancers of color have long painted, dyed or covered point shoes in makeup to match their skin. Could this small barrier to inclusion finally be disappearing?

For nearly her whole career, Cira Robinson has — like many ballet dancers of color — performed a ritual: Painting her point shoes to match her skin.

She did it first in 2001, when she was 15, at a summer program with Dance Theater of Harlem. The company said her shoes needed to be brown, not the traditional pink, but she couldn’t find any in stores, so she used spray paint. “It made them crunchy and just … ew,” she said in a telephone interview.

When she joined Dance Theater a few years later, she started using makeup instead. “I’d go to the cheapest stores and get foundation,” she said, the kind “you’d never put on your face as it’d break you out. Like, $2.95 cheap.”

She’d go through five tubes a week, sponging it onto 12 to 15 pairs of shoes — a process known in ballet circles as pancaking. It took 45 minutes to an hour to do a pair, she said, because she wanted to make sure the foundation got into every crevice and covered every bit of ribbon.

Did she find these steps annoying? “I didn’t know any different,” Ms. Robinson, 32, said.

But now, Ms. Robinson — a senior artist at Ballet Black, a British dance company — is no longer obliged to do so. In October, Freed of London, which supplies her shoes, started selling two point shoes specifically for dancers of color: One brown, the other bronze.

Freed is not the first firm to make point shoes for dancers of color — the American company Gaynor Minden has been producing some more than a year — but the new shoes from Freed, a large supplier in the ballet world, highlight one of the stranger rituals that dancers of color have to perform.

It’s also a reminder that black dancers — especially female ones — are still a rarity in ballet. They remain barely represented at the top of the field, despite some signs of change and an increased awareness of the need for diversity at the schools feeding professional companies.

Shoes aren’t the only costuming reminders of the lack of diversity in ballet. In September, Precious Adams, a first artist at English National Ballet raised the issue of pink tights. “In ballet people have very strong ideas about tradition,” she told London’s Evening Standard newspaper. “They think me wearing brown tights in a tutu is somehow ‘incorrect.’”