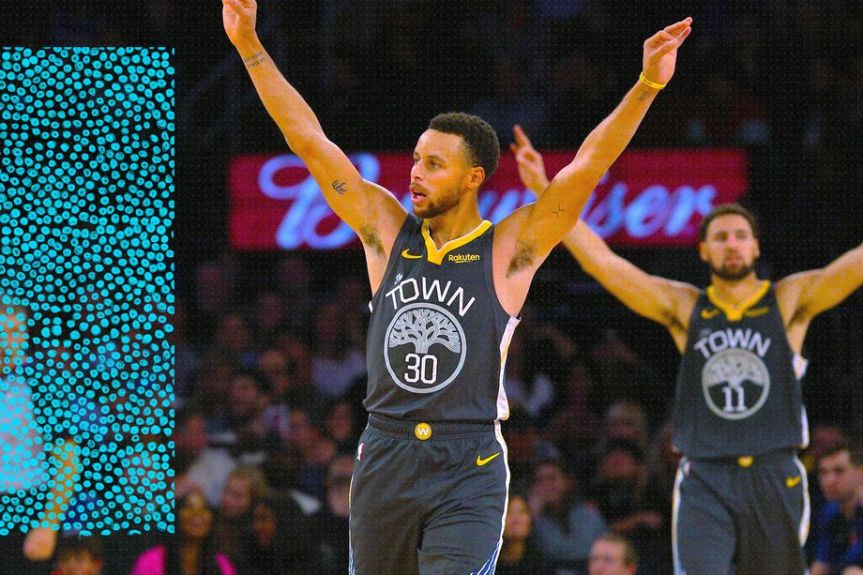 Like a seasoned yogi realizing he can deepen his stretch, there is a zen-like quality to Stephen Curry’s exacting hunt for the perfect shot.

On Sunday against the Nets, he continued his streak of making at least five threes in the first seven games of the season, breaking the record George McLoud set in 1995. Curry is on pace to shatter the single-season record in three-pointers made, which he set at 402 in 2015-2016, which shattered his own the previous record of 286 in 2014-15, which shattered his own previous record of 272 in 2012-13.

In the offseason, he told the Wall Street Journal, “I might be delusional, but I feel like I can get better at putting the ball in the basket.” His personal trainer, Brandon Payne, added that “he’s not even close” to his peak. Together, to hear it from Pablo Torre on ESPN’s High Noon, Curry and Payne devised a drill in which Curry had to hit 20 sets of shots, differing in spot and style, from the perimeter, and swish six of 10 free throws. It was called “Perfection.”

Up against the Warriors’ decadence, tried-and-true theories about the professional athlete’s insatiable drive fall away. It’s hard not to wonder why they’re not satisfied when they’re already deemed unbeatable. What an extravagance. And what do they have left to improve?

But the difficulty of Curry’s shots aren’t mere theatre. If he wants to actually shoot the ball, defenses are going to force the world’s best decoy to chase perfection and master chaos.

Consider: Opponents would rather allow Kevin Durant to play one-on-one against mismatches and let Jordan Bell throw down alley-oops than allow Curry to shoot threes. Hell, they’d rather let him get lay ups: the Warriors often free Curry up by running him off screens as he cuts to the rim, usually as a fake-out before he sprints to the corner pocket. Against the Jazz on Oct. 19, Curry was aggressively chased off the three-point line by Dante Exum and hounded on pick and rolls by Ricky Rubio and Rudy Gobert, whose 7’9 wingspan gave Curry pause. They tugged at his jersey and laid him out with hard screens. Royce O’Neale even gave him a nosebleed. Curry didn’t hit a three until more than halfway through the second quarter, on a uniquely unguardable play illustrated by NBA analyst Jared Dubin.

Curry tried to push the game to devolve into chaos, his high-risk way of forcing the issue: boxing out for offensive rebounds, throwing dangerous outlets, whipping rainbow passes across the floor. But the Jazz’s length, athleticism, and discipline tipped the scales in their balance, up until Jonas Jerebko’s game-winning putback for the Warriors.

As though he took note, Curry had, to put it lightly, more success against the Wizards on Oct. 24, scoring 51 points and drilling 11 threes. The Wizards tried to switch and trap Curry mercilessly, forcing the ball out of his hands. The only problem: he got rid of it by flinging it into the basket.