Should a high school star be prevented from playing college basketball because his father was accused of taking a bribe? 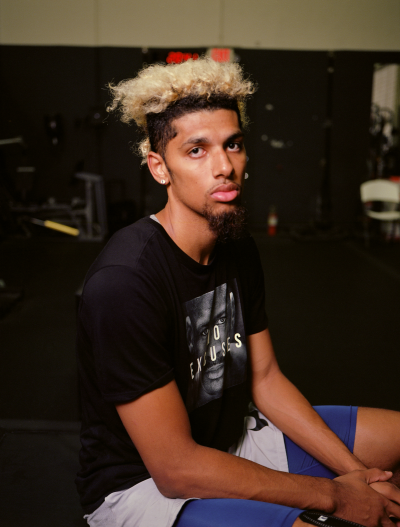 Brian Bowen Jr. was one of the top high-school basketball players in the senior class of 2017. He grew up in Saginaw, Mich., an economically depressed Rust Belt city with one of the highest rates of violent crime in the nation. It is also a basketball hotbed, where players take pride in their scrappy, physical style of play. Draymond Green, an intense, sharp-elbowed All-Star with the N.B.A. champion Golden State Warriors, is among the pros who have come from Saginaw.

Bowen, however, was not hardened by either his city or its tough-edged basketball tradition. There is a sweetness about him, a shy smile, an engaging manner. He was given the nickname “Tugs” as an infant because he pulled on his mother’s hair with his tiny fingers, and that is what his family, friends, teammates and coaches have called him ever since. His mother chauffeured him around, fed him and made his schedule. Even after he reached high school, she could sometimes be seen kneeling or sitting at the bottom of the bleachers as she laced up his sneakers before a game, like a figure-skating mom tightening the laces of her child’s skates. In his free time, he liked to build elaborate Lego structures. The worst that was said about him, an only child, was that he could seem a little sheltered.

His father, Brian Bowen Sr., a former high-school player, groomed him for basketball almost from birth. When Tugs was just 9 months old and holding onto furniture for balance as he began to walk, his father made sure he alternated between his right and left hands — while rolling a ball with the opposite hand — so he would be able to dribble and shoot a basketball with both. A few years later, the family moved into a house with a basketball court in the backyard. The court was where Tugs would begin to learn the game, and as he got older, it attracted serious players in Saginaw. They came to work, not play. Brian Bowen Sr., a former police officer who had retired on medical disability, stood watch on the sideline, offering instruction and keeping the games as clean as he could.

The surface was originally concrete, but he covered it with VersaCourt, a softer synthetic material that came in sections fitted together like puzzle pieces. “He was looking ahead even back then,” his son told me last fall, the first time we talked. “If it would have stayed cement, I would have wrecked my knees, and I wouldn’t have been able to amount to anything.”