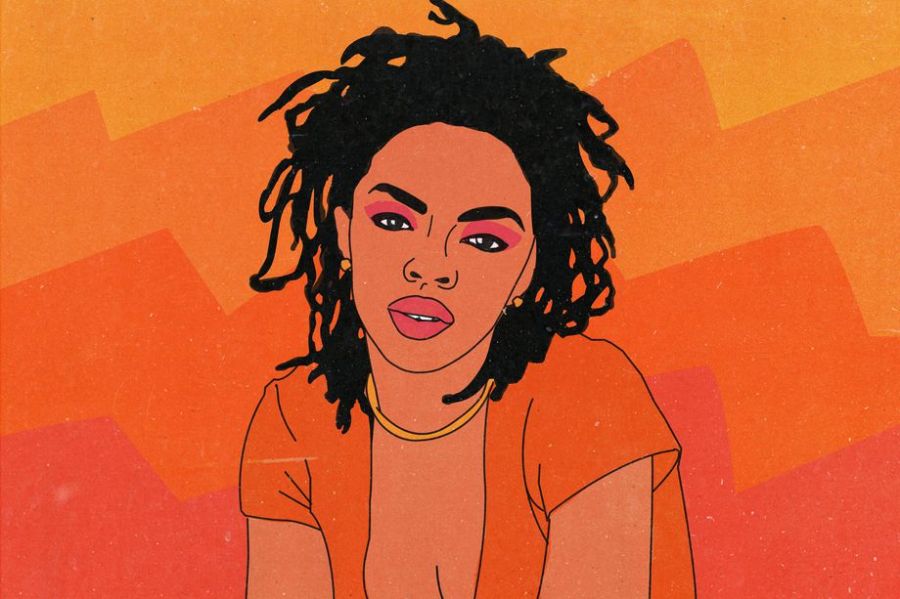 Given all that has come in its wake, it is still hard to believe that Lauryn Hill released The Miseducation of Lauryn Hill when she was 23 years old. True, Hill had lived plenty of lives by then, had tried on a variety of roles—straight-A student of Maplewood, New Jersey’s Columbia High School; founder of her school’s gospel choir; promising teen actress stealing scenes in Sister Act 2 and As the World Turns; sole female member of the multi-platinum, Grammy-winning group that the media dubbed “the new conscience of rap”; and of course at her most braggadocious, “Nina Simone, defecating on your microphone.” Yet somehow, none of this quite prepared people in the summer of 1998 for the monumental achievement of her first and, to date, only solo studio album, The Miseducation of Lauryn Hill—a collection of songs as timeless and disparate as the tough-love anthem “Doo Wop (That Thing),” the break-up dirge “Ex-Factor,” the fire-starting “Lost Ones,” and that tender ode to impending motherhood “To Zion.” When an artist makes such a massively successful, groundbreaking, and format-defining work at a precocious age—think Mary Shelley writing Frankenstein at 20 or Orson Welles directing Citizen Kane at 25—it usually inspires the less precocious members of its audience (so roughly, everyone) to feel some combination of adoration and human inferiority: What were you doing with your life when you were 20, or 25, or 23? But maybe, too, there is something inherently youthful and thus reassuringly communal about such be-all-and-end-all swings for the moon. And so I like to temper this vision of an inhumanly precocious Lauryn Hill with the more human hubris of youth. “Lucky for us, like everyone in their twenties,” writes Kierna Mayo, the woman who famously put Hill on the cover of the preview issue of Honey magazine, “Hill imagined herself wiser than she really was.”

This weekend, The Miseducation of Lauryn Hill turns 20, meaning it is nearly as old as Hill was herself when she wrote and recorded it. Its success is still staggering and well documented, and well worth documenting again: It sold 422,624 copies the week it was released, which at the time set the record for highest first-week sales by a female artist. It was nominated for 10 Grammys and won five of them (the most in a single night for a female artist at the time, breaking Carole King’s 27-year-old record), including Album of the Year, an award no black woman has won since. Last year, NPR placed it at no. 2 on its list of the 150 Greatest Albums Made by Women, just behind Joni Mitchell’s Blue, and the album was also selected to be included in the National Recording Registry by the Library of Congress. Worldwide, it has sold more than 19 million copies. Here is a paragraph break so the haters can take a breath.

But Hill’s travails throughout the past two decades have been well documented, too. When the album celebrated its 15th birthday, five years ago, Hill was in a minimum-security Connecticut prison serving a three-month term for tax evasion. There have been lawsuits, canceled shows, and accusations about her treatment of backing musicians. But perhaps most deafening, there has been her silence. Hill has released one-off tracks here and there, and her 2002 MTV Unplugged appearance was released as a (polarizing) live album. But she never released another proper album after Miseducation, and when not performing live, Hill has spent much of the past two decades in exile from her stardom, quietly raising six children and devoting herself to various spiritual practices. She rarely gives interviews, but in 2010 she told an NPR reporter who asked why she had stopped releasing new music, “There were a number of different reasons, but partly the support system that I needed was not necessarily in place. There were things about myself, personal-growth things, that I had to go through in order to feel like it was worth it.”

And yet around that time Hill began performing again, usually not new material but versions of the classic songs off Miseducation, reworked, sped up, and rearranged sometimes to the point that they were nearly indistinguishable. These performances have been mixed (I’ve seen her twice: one show was brilliant, the other a disaster, which seems in keeping with the general ratio). There is something both compelling and a little unsettling about how she still seems to be revising, rewriting, and endlessly tweaking the Miseducation songs live, akin to the creative perfectionism that drove Kanye West to continue reworking his 2016 record, The Life of Pablo, as though the album was not fluid enough as a format to contain his creativity. The culture is certainly not finished with The Miseducation of Lauryn Hill, and in some sense neither is she.

As a fan, I have found Hill’s refusal to make another record frustrating and at the same time deeply profound: What can be a louder and clearer message of rebellion than, in a culture bloated with noise and excess, to remain quiet when everyone demands that you speak? Hill quickly and summarily achieved nearly every major milestone in the music industry, and then she walked away from it, as if to show that success is not a proven avenue to personal fulfillment. Hill has sometimes been compared to two other prominent black artists of her generation who disappeared at the height of fame’s demands: D’Angelo (who worked with her on “Nothing Even Matters” from Miseducation) and Dave Chappelle. “Lauryn Hill said something so apt recently,” the Pulitzer Prize–winning writer Rachel Kaadzi Ghansah mused in an interview not long after she’d written a moving essay about her search for Chappelle. “She was late for her show and people complained that she was selfish in her tardiness and she said, ‘I gave you all of my twenties.’”

What does The Miseducation of Lauryn Hill mean 20 years later? It’s a complicated question, so it is fortunate that one of hip-hop’s smartest cultural critics, Joan Morgan, has devoted an entire short book to working it out.

“Routinely lauded for its themes of self-love, empowerment, and broken-heart-bounce-backs,” Morgan writes in her incisive She Begat This: 20 Years of The Miseducation of Lauryn Hill, the record “has earned itself the rank of classic in contemporary American popular culture.” But Morgan’s book honors the record’s spirit not by adding any more height to the pedestal on which it’s already been placed, but instead interrogating it, questioning its mythology, and even bringing in some dissenting black female voices to admit they never much felt like the record spoke for them. Says the legendary critic dream hampton, “I don’t want to hear anyone say the word ‘defecate’ anywhere near Nina Simone. Ever.”