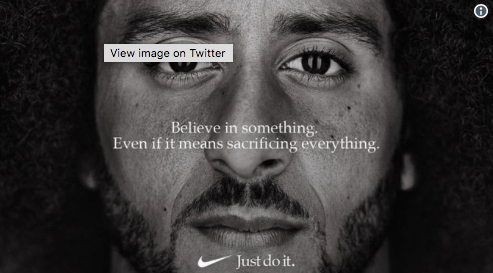 Kaep Is the New Face of Nike ✔️

BREAKING: Nike had been paying Colin Kaepernick all along, waiting for the right moment. That moment is now, as he becomes the face of the company’s 30th anniversary of the “Just Do It” campaign. 12:28 PM – Sep 3, 2018 From the Supreme Court to labor organizing rules, the president undermines workers’ greatest champions. Donald Trump promotes himself as a friend of “forgotten” workers, but in ways large and small his administration has undermined what has traditionally been the biggest champion of workers: labor unions. Most recently, he […] A Path to the Runway, Paved With Hardship

For a long time, being online was where Aaron Philip felt most confident. She began documenting her daily life on Tumblr when she was 11, writing about her love of anime and the experience of growing up in New York City with cerebral palsy. In those days, Aaron […]

Coffey Speaks Its my Vibe #2

By swaggadigitalmagazine on 3 Sep 2018
Follow SDM MAGAZINE on WordPress.com