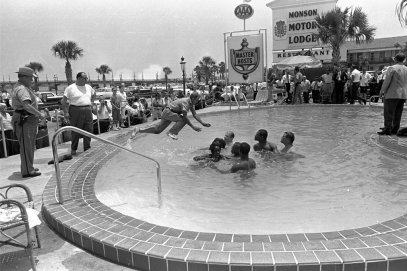 This summer, a black boy was harassed by a white woman in South Carolina; a black woman was asked to provide identification by a white man in North Carolina; and a black man wearing socks in the water had the police called on him by a white manager of an apartment complex in Tennessee.

The encounters, some captured on video, have prompted widespread anger and resulted in consequences for white people involved. But they are hardly new: The United States has a long history of people of color facing harassment and racism at swimming pools.

Pools are supposed to be places to relax, but ever since they exploded in popularity about a century ago, they have served as flash points for racial conflict — vulnerable spaces where prejudices have intensified and violence has often broken out.

“That’s the most intimate thing,” said Greg Carr, chairman of Howard University’s Afro-American studies department. “I’m in this water, you’re in this water, it’s in me, on me.”