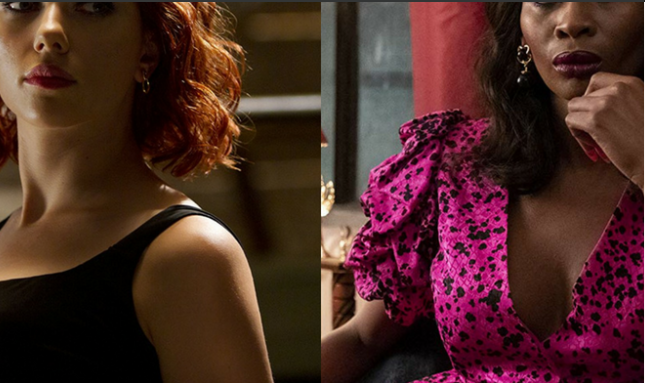 Scarlett Johansson has dropped out Rub & Tug vacating the role of the role of kingpin Dante “Tex” Gill. Johansson’s involvement in the role was controversial because Gill, a real-life figure, was a transgender man, whereas Johansson is a cisgender woman.

Johansson had taken a huge amount of online criticism for initially taking the role, and things only got worse when Bustle reported that Johansson said in a statement from a representative, “Tell them they can be directed to Jeffrey Tambor, Jared Leto, and Felicity Huffman’s reps for comment.” Also, the film would have reteamed her with Rupert Sanders, who helmed Johansson’s other controversial film, the Hollywood adaptation of Ghost in the Shell, in which she plays the Major, who was originally Japanese character Major Motoko Kusanagi in the manga and anime adaptations. In this new statement, given to Out.com, Johansson states how she’s learned more about the lack of sensitivity held in her initial comments about her involvement in the film.

“In light of recent ethical questions raised surrounding my casting as Dante Tex Gill, I have decided to respectfully withdraw my participation in the project,” she states. “Our cultural understanding of transgender people continues to advance, and I’ve learned a lot from the community since making my first statement about my casting and realize it was insensitive. I have great admiration and love for the trans community and am grateful that the conversation regarding inclusivity continues.”

Johansson also brings up a GLAAD statistic that LGBTQ+ characters dropped 40 percent in 2017 with no representation for trans characters in a major studio film.

“While I would have loved the opportunity to bring Dante’s story and transition to life, I understand why many feel he should be portrayed by a transgender person, and I am thankful that this casting debate, albeit controversial, has sparked a larger conversation bout diversity and representation in film. I believe that all artists should be considered equally and fairly.”  While Johansson might credit her debacle as advancing the conversation, Rub & Tug is only part of the larger conversation. FX’s Pose created by Ryan Murphy and renewed for a second season has made history each week thanks to its cast of transgender women of color, MJ Rodriguez, Dominque Jackson, Indya Moore, Hailie Sahar, and Angelica Ross. The show also has trans women behind the scenes, including Janet Mock, who recently made history as the first trans woman of color to write and direct a television show, musician Our Lady J, and dancer/choreographer Leoimy Maldonado.

Not only does Pose show that the talent is out there waiting to be discovered, but it also shows how, when people are allowed to be in charge of their own stories, an authenticity is added that only heightens the film or television show, making it better than it could have ever been if cast otherwise. Pose has great writing and great style, but it wouldn’t be what it is if it didn’t have the authentic voices of the women behind the scenes and in front of the camera, women who have lived through similar struggles as their characters.

In terms of Rub & Tug, Johansson wouldn’t have had any struggle to pull from; instead, she would have been using what is a reality for many people as an actor’s choice in the hopes of gaining recognition during awards season. If anyone should be getting recognized, it should be a trans actor who gets cast as Gill, a colorful and interesting figure in modern American history.