Two-thirds of the people BART banished from its property last year were black, and a committee the agency set up to monitor potential civil rights violations in the unique exclusion program isn’t scrutinizing the racial disparity. 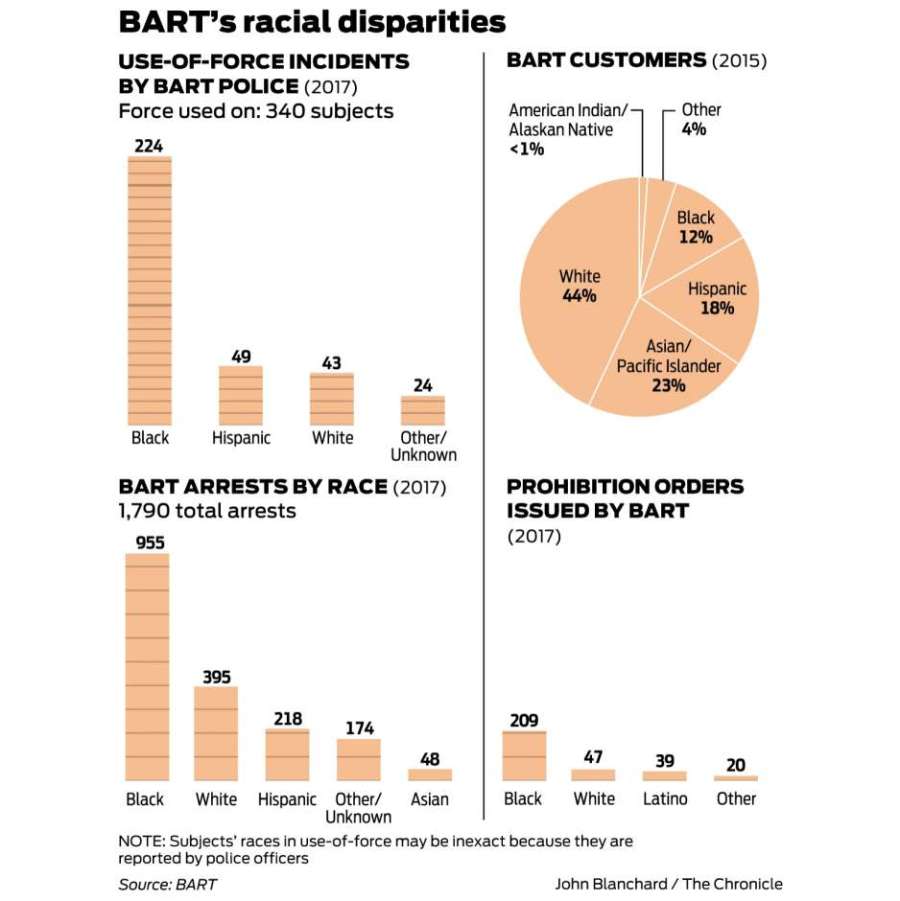 BART banned more people from the system in 2017 than in previous years in an effort to protect riders and employees. Agency officials say the use of these prohibition orders — which last from one month to a year — has paid off.The program, though, is booting black people from trains and stations at far higher rates than others, raising concerns about racial profiling.Of the 315 people barred from the Bay Area’s backbone transit system last year, 209, or 66 percent, were identified by police officers as black, according to BART data. Fifteen percent were identified as white and 12.5 percent as Latino.