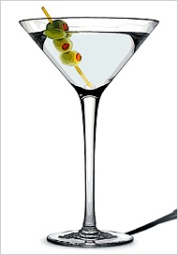 In the upcoming Season Four of the Mike O’Malley-created comedy series, Cam Calloway thought he’d finally reached the top when he signed his massive contract to play basketball in Atlanta. But the higher you reach, the farther you have to fall. His success has impacted the lives of everyone in his life and that kind of change comes with unintended and far-reaching consequences. The past that he has been desperately trying to avoid comes rushing back with a vengeance and family secrets threaten to destroy everything he has worked so hard to achieve. Plus, Cam’s mom, Cassie Calloway, is dating the man who pays him to wear sneakers.

“Survivor’s Remorse” follows the life of Cam Calloway, played by Jessie T. Usher, a hard working, young basketball star who is thrust into the limelight after signing a multi-million dollar contract with a professional basketball team in Atlanta. Cam moves to Georgia with his cousin and confidant Reggie Vaughn, played by RonReaco Lee, to begin the journey to superstardom. The two confront the challenges of carrying needy family members who are along for the ride and their strong ties to the impoverished community where they were raised. Cam, Reggie and an unforgettable group of characters wrestle with the rewards and pitfalls of stardom, love and loyalty.