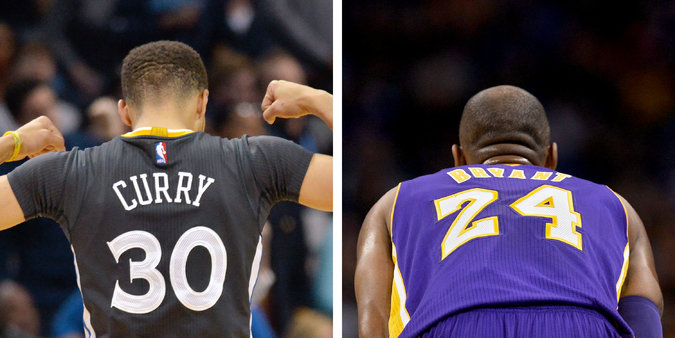 OAKLAND, Calif. — On his way to fulfilling his obligations for a news media maw that included roughly 20 television cameras, Stephen Curry turned to a staff member who was with him during his rookie 2009-10 season. Curry was struck by how much things had changed.

It was a different time, of course. Curry recalled that the Golden State Warriors were essentially out of the playoff picture by the All-Star break. Nobody was talking about records or legacies. His face was not splashed on magazine covers. He was merely trying to survive the grind of a taxing profession and improve.

On Tuesday, Curry and his teammates prepared for the opportunity to make more history. With a win against the Memphis Grizzlies on Wednesday at Oracle Arena, the Warriors (72-9) will own the N.B.A. record for victories in a single season, breaking their tie with the 1995-96 Chicago Bulls, who went 72-10.

“To be in this position is special,” Curry said, adding: “It’s a reminder of how far we’ve come. My first three years, we didn’t make the playoffs. So your perspective is a little different.”

If nothing else, the final day of the regular season will have some flair. As the Warriors close out their chase, Kobe Bryant is expected to appear in his final game when the Los Angeles Lakers host the Utah Jazz at Staples Center. Bryant, 37, announced in November that he would retire at the end of the season, his 20th with the Lakers.

Bryant won his fifth and final championship when Curry was a first-year player with the Warriors. But even as their careers overlapped for the past seven seasons, they are headliners of different eras, the slow erosion of Bryant’s game coinciding with Curry’s sharp emergence.

After Tuesday’s practice, Curry sounded almost wistful about the season and everything the Warriors had achieved. Curry recalled that when the San Antonio Spurs’ Gregg Popovich coached the Western Conference All-Stars in February, he gave a little speech in which he reminded the players to slow down and appreciate the present. The message stuck with Curry.

“It’s human nature at times to let your mind drift off,” Curry said, “but it cheats the beauty of what’s going on right now. It’s kind of like society in general — so fast paced. You’re always wondering about what’s going on next, what I have to do next — tomorrow, next week, next month.”

The Warriors are a relatively young team, and there is an understandable tendency to imagine their future and all the possibilities. What else can they accomplish? Curry wants to guard against that instinct. There are no guarantees — ask Bryant about the toll of injuries, about the turnover of team personnel — and the Warriors may never again find themselves in a position to hunt another record as fabled as the one held by the Michael Jordan-era Bulls.

“I didn’t understand how hard the 72 wins in the N.B.A. really was until I got into the N.B.A.,” Luke Walton, an assistant coach for the Warriors, said, “and then I remember thinking to myself that the record will never be touched because it’s just too hard to win that consistently. And for our guys to do what they’ve done all season is just incredible.”

It goes a long way toward explaining why Curry and teammates like Draymond Green and Klay Thompson have refused to miss a game down the stretch. It has become a thornier issue for the coaching staff. Walton acknowledged that Coach Steve Kerr’s late-season calculus would have been a lot of different if not for the team’s pursuit of 73 wins.

“The downside is normally none of our starters would be playing,” Walton said. “Because of what we’ve accomplished this season, and our guys saying they want to go for the record, our minds can’t switch strictly to that championship goal until after this game is over.”

On Tuesday, Kerr missed practice because of a doctor’s appointment, Walton said. Aside from Kerr’s absence, though, it was a fairly typical morning for the Warriors here at their training complex. They watched game film, worked on fundamentals and avoided any mention of the number 73, at least until they fielded about a bazillion questions from reporters.

“You can’t not talk about it at this point,” Green said. “The whole world is talking about it now. It’s everywhere. There’s no way to hide from it.”

The Warriors seemed pretty loose, all things considered. Several members of the Los Angeles Angels, including Mike Trout, attended practice. Celebrity cameos are a regular occurrence with the Warriors. It was no big deal.

“Talented guys in their trade,” Curry said. “So it’s pretty cool for them to come out and watch us practice.”

Bryant, who seems to study the game’s history as much as any player, has encouraged Curry and his teammates to pursue history, to collect championships. And on a night when Bryant says he will conclude his career, the Warriors will go about their own business — and continue to press forward.