THE BIRTH OF A NATION: Official HD Teaser Trailer

The Golden State Warriors are on their way their 73rd victory of the season, and Stephen Curry hit an equally preposterous milestone Wednesday. With his eighth 3-pointer of the game against the Memphis Grizzlies, the Warriors guard and reigning Most Valuable Player has made 400 3s on the season. This has never been […]

Los Angeles Lakers legend Kobe Bryant said goodbye to the NBA on Wednesday night, and he definitely did it on his terms. The Lakers star finished his final game with 60 points on a stunning 50 shots, the most of his NBA career and the most in NBA […]

News About Obamacare Has Been Bad Lately. How Bad?

Ever since passage of the Affordable Care Act, a fierce debate has been waged over whether the law would work as advertised. While advocates promised that the design of new insurance markets would transform the way consumers buy health insurance, critics warned that the new market would never […]

Just One More for Curry and Bryant

OAKLAND, Calif. — On his way to fulfilling his obligations for a news media maw that included roughly 20 television cameras, Stephen Curry turned to a staff member who was with him during his rookie 2009-10 season. Curry was struck by how much things had changed. “Another ’09-type […] 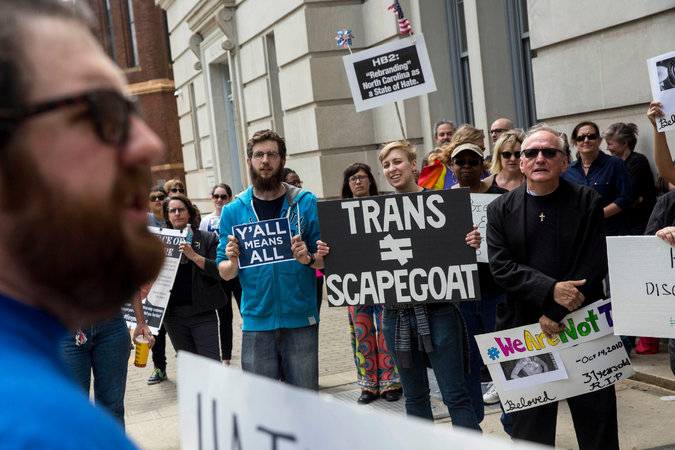 RALEIGH, N.C. — North Carolina has been pummeled with boycotts, criticism and cancellations in the wake of its new law on gay and transgender rights. Now liberals and conservatives in the state have turned to pummeling one another. For North Carolina, a state that has long been considered […]

BEVERLY HILLS, Calif. — In the 2002 comedy “Barbershop,” the most worrisome problem facing the shop owner Calvin Palmer (Ice Cube) is a duplicitous loan shark who wants to turn the neighborhood fixture into a strip club. Two years later, in “Barbershop 2: Back in Business,” Calvin’s biggest […]

WASHINGTON — When it comes to nominating presidential candidates, it turns out the world’s foremost democracy is not so purely democratic. For decades, both major parties have used a somewhat convoluted process for picking their nominees, one that involves ordinary voters in only an indirect way. As Americans […]

Just when I thought I’d had enough for one evening, an Afro-Cuban-American gentleman pulled me off the bustling Calle Ocho and into a room jammed with dancers bouncing up and down to the beat of congas. No, this wasn’t a ’90s-style rave; this was the normally unassuming lounge […]