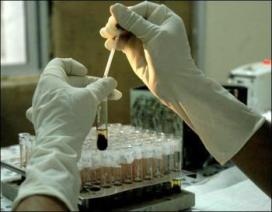 There is some good news and not-so-good news to report on National Black HIV/AIDS Awareness Day. The good news: The number of new infections has finally stabilized at about 50,000 new cases per year in the USA since the mid-1990s.The bad news: The epicenter of the epidemic is Black America. African-Americans and other Black communities represent only 12% of the nation’s population but account for nearly half—some 44%—of all new HIV infections, report the Centers for Disease Control and Prevention. Black gay and bisexual men suffer the highest new infection rates in the country. “African-Americans account for about half of the more than one million people living with HIV/AIDS in the United States,” Donna Hubbard McCree, PhD told EBONY.com. Dr. McCree is the Associate Director for Health Equity of the CDC’s Division of HIV/AIDS Prevention. “And about half of those who die from AIDS every year.” “African-Americans tend to have sex with other African-Americans. So even with less risky behavior their chances are much higher of meeting are partner who is infected,” adds Dr. McCree. But there is some good news on Black women. Recent data show that new infections—these are called seroconversions—among Black women are declining for the first time in over a decade. “New HIV infections among Black women [decreased by] 21 percent between 2008 and 2010,” CDC reported in December 2012. “We are cautiously optimistic about that,” said Dr. McCree. “But Black women continue to account for more HIV infections among women than any other race or ethnicity. African-American women account for more than 60 percent of all infections among women.” Infection rates among Black women are nearly 15 times higher than those among White women. Seroconversions among Black women are rising the fastest in the South and rural states. Those states also are predominately poorer than the rest of the country—and the state governments are overwhelmingly conservative and against expanding health care access, the Black AIDS Institute reported in November.

Meanwhile: The number of new infections have been particularly “alarming” among young Black gay and bisexual men aged 13 to 19, according to CDC. New seroconversions have increased by almost half between 2006 and 2009.  The crisis is so severe in some American cities that “one in two Black men who have sex with other men is HIV positive,” according to a report released by the Black AIDS Institute last July at AIDS 2012 in Washington.

5 thoughts on “The State of HIV/AIDS in Black America”