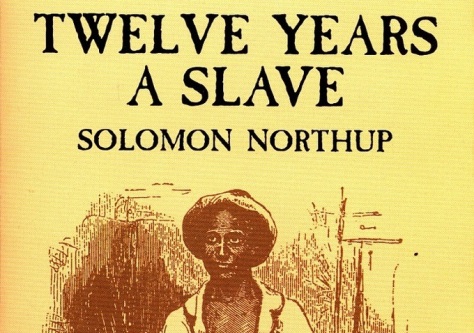 I’m sure everyone knows that the upcoming Steve McQueen film, Twelve Years A Slave, starring Chiwetel Ejiofor, is based on a book of the same name, co-written by Solomon Northup, detailing his 12 years in captivity.  I don’t think I’m spoiling the story by saying that Northup was eventually a free man again, which officially happened on January 4, 1853 – 160 years ago, almost exactly. Today is the 12th of January, so we missed this by 8 days. But close enough. And to commemorate that glorious day in the man’s life, an illustrated version of the book (with illustrations by Randy DeCuir) has been released. It was actually released just 2 days ago, January 10, and you can pick up a copy on Amazon.com for $10.

The 232-page illustrated book is said to contain countless real photographs during Northup’s day, portraits and illustrations, all of which give readers a visualization of the names, places and events that Northup describes throughout his novel.  I’d like to think that McQueen and company are probably aware that this month marks the 160th anniversary of Northup’s freedom, so wouldn’t it be fitting if they released the first trailer for the film sometime soon – at least before the end of January?

To buy a copy of the illustrated version of Twelve Years A Slave, click HERE.