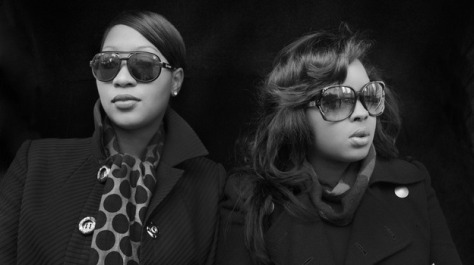 Forget resolutions. January is all about the wait. In most places, the landscape has performed its annual sad disrobing and is as bare and immobile as a patient sitting through a diagnosis. And though this mostly gray, mostly quiet month is always punctuated with a few great new releases, the music world also rests a bit. Spring will bring festivals and blockbuster releases; for now, there’s time to recover from holiday splurging and debate what might come of the year ahead. We critics, already in list mode, pass the time picking new racehorses. However, too many lists of “ones to watch” simply point out the obvious. Who needs to be reminded about the imminent ubiquity of upcoming albums by Beyonce, U2,Eminem, and — okay, I’m really thrilled about this one! — David Bowie? Then there’s the sound equivalent of bacon-flavored everything: young artists, buzzy at first, then rapidly over-saturating our taste buds. Hip-hop’s super-hyped kid Earl Sweatshirt, chic cosmopolitans Rhye and L.A. sister act Haim in that category in 2013.

Don’t mistake my blasé attitude for lack of interest in the actual music involved. I’m excited about every new release I just mentioned. Here I’ve focused here on lesser-lauded artists: voices just starting to be heard beyond small circles, or returning favorites whose fine new efforts could be overlooked amid the clamor and distraction of the pop scene. Release dates aren’t solid for every one of these albums. A few are being recorded as I write. Will every one make my next year-end Top Ten? Doubtful. But this is a bunch of contenders. CHECK OUT THE LIST

4 thoughts on “An Under-The-Radar Albums Preview For 2013”