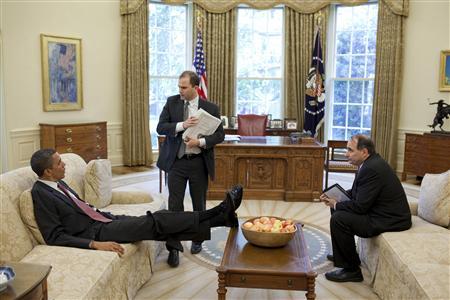 (Reuters) – In his first week as U.S. president, Barack Obama told Iran’s leaders he would extend a hand if they would “unclench their fist” and persuade the West they weren’t trying to build a nuclear bomb. So far, they have not. In response, the United States and the European Union this year took a step they had long resisted, imposing trade sanctions to choke off Iran’s lifeblood: oil revenue. It was financial warfare, and it carried grave risks. Until recently, Iran was the world’s fourth largest exporter of oil, providing just under three percent of internationally traded supply. The campaign to take that oil off the market risked driving up world oil prices, disrupting the international payments system and stifling a fragile global economic recovery. In interviews, senior U.S. and European officials described the intense diplomatic maneuvering they undertook to enact the sanctions without causing an oil shock. Obama warned allies that oil sanctions were the only way to avert a new war between Israel and Iran. U.S. envoys pressed Iraqi, Libyan and, above all, Saudi officials to pump up their own crude supplies. Washington and its allies massaged skittish oil markets with carefully calibrated messages. U.S. diplomats journeyed to southern Iraq to inspect plans for new oil terminals that could help blunt the loss of Iranian shipments. The challenge, American officials said, was to clamp down on Iran’s oil exports while mitigating the risks of an oil crisis. CONTINUE READING