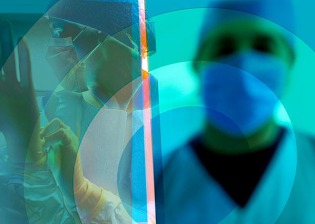 Passengers on two luxury cruise ships, including the prestigious Queen Mary 2, have come down with what is suspected to be a Norovirus bug. Cunard, which owns the Queen Mary 2, said there are 19 passengers with “active symptoms” as of Friday. The Centers for Disease Control web site states 194 passengers and 11 crew reported being ill during the voyage. The web site lists the causing agent of the illness as “unknown.” In a statement to ABC News, the cruise line said, “There has been an incidence of a mild gastrointestinal illness among the passengers on Queen Mary 2. This illness is suspected to be Norovirus, which is highly contagious and typically transmitted from person to person.” Cunard’s Queen Mary 2 is on a 12-day, round-trip sailing from New York to the Caribbean that departed Dec 22. According to the line’s website, the ship is docked in St. Lucia today.

RELATED: The Best Cruise Ships of 2012

There was a similar recent outbreak on a Princess cruise ship. Five percent of all passengers, 166, plus 30 crew, fell ill on the sailing on the Emerald Princess. The ship docked in Fort Lauderdale, Fla., on Thursday. On the popular CruiseCritic.com message boards, a member who claims to be on board the Queen Mary 2 wrote there was an outbreak of illness on the ship, but that all restaurants were still full. Although the buffet remained open the ship’s captain “recommended that people take all of their meals in the full-service restaurants rather than the buffet.” The poster also said the captain requested passengers suffering from the “gastro-intestinal upset” remain in their cabins and that “people not staying in their cabin would be reported to him, and he would then have to consider the consequences.” “The Captain is regularly updating the passengers and crew on the situation and is advising passengers with gastrointestinal symptoms to report to the medical centre. Unwell passengers are asked to comply with the doctor’s instructions and isolate themselves in their cabin until non-contagious,” the cruise line said. “They are also asked not to proceed ashore, and any shore excursion costs will be refunded. Room service is provided to affected passengers and every effort is made to make them as comfortable as possible.” Additionally, Cunard told ABC News “enhanced sanitation protocols have been employed to help minimize transmission to other passengers.”

“When this happens the ship’s crew will start cleaning the ship more thoroughly, buffets will be served by servers wearing gloves, there will be multiple announcements about hand washing and probably more hand sanitizer stations,” said Cruise Critic News Editor Dori Saltzman. “Additionally, the cruise ship must report this to the CDC. When the cruise ends, the ship will undergo an intensive cleaning, which may delay the next cruise by an hour or two. Another Cruise Critic poster claiming to be onboard said passengers were urged not to use public restrooms, but rather those in their cabins. The Health Protection Agency, a U.K. organization, said the instances of Norovirus are 83 percent higher than at this time last year. The ship had arrived in New York after a transatlantic sailing that originated in Southampton, England.