And by “Kill The Noise,” I’m referring to all the chatter (both “for” and “against”) that began over a year ago, starting with my summer 2011 review/critique of the script, to actress/filmmaker and Quentin Tarantino confidant, Rie Rasmussen’s hyperbolic statements in the fall of last year, suggesting that the film would be nothing short of revolutionary, to the pre-release marketing for the film that really began in the spring, at the Cannes Film Festival, when we started to hear/read plugs for the film from its key cast and crew, collectively painting a picture of a mind-blowing, earth shattering, gruesome, heartwrenching, brutally honest slave narrative, that would, by the way, also be really entertaining and fun! Plugs (each met with similarly-spirited criticism) that carried into the summer and fall of this year, with the film’s release date looming. The conversation happening in the press seemed to promise the can’t-miss movie event of the year.

However, now having seen the film, I’d once again say, quoting Public Enemy, don’t believe the hype; kill the noise! It’s not as grand, and imposing as the champions of the film have said; but neither is it as damning and exploitative as those who are against it want to believe. I’m going to dive right into it, splitting my thoughts into 3 sections: The Good, The Bad, and then (no, not The Ugly) my Closing Statements. It’s a lot to read (my reviews tend to be lengthy, as long-time readers of this site will already know), so get comfy. READ THE ENTIRE REVIEW (WARNING ITS VERY LONG) 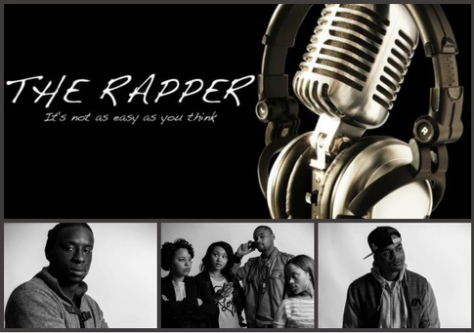 “Written and directed by Los Angeles native Vincent LaMotte, and shot by acclaimed cinematographer Alex Santana, The Rapper is set in the digital-age and chronicles the story of three young men who attempt to overcome the lack of support, lack of resources, lack of finances and the pressures of street like in order to see their dreams of making it in the hip hop industry come true.” From the web series’ press release: LOS ANGELES (November, 2012)— In a time where web-series are becoming increasingly more popular, The Rapper’s raw and gritty tale of the road less traveled to superstardom is sure to create a cult following, with outstanding visuals, and great story writing. In fact, the series caught the attention of several network executives as well as hip-hop artist who’ve expressed interest in the project. So be on the look-out for future episodes and production development. 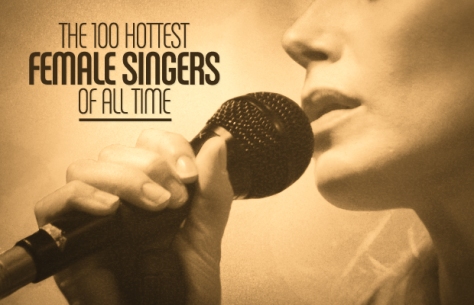 Sex sells. When we look at the spectrum of female singers over the past century, the most successful artists haven’t just been gifted musically, but they’ve also been some of the most physically alluring women we’ve ever witnessed. And that’s just a bonus to their unmatched talent, No. 1 singles, and record-breaking album sales. Sure, some women can’t look like Aphrodite forever, but that’s not to say their beauty is easily forgettable. In fact, we remember them all. And we’ve ranked the following 100 songstresses on being the hottest—we repeat,hottest—sex symbols in the history of music. CHECK OUT THE LIST 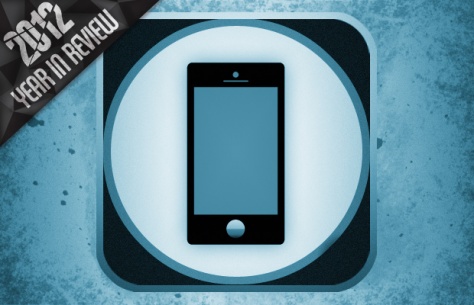 We’ve said it before, but it’s worth saying again: Apps are big business. Last year this time, it was reported that 1.2 billion apps were downloaded from Apple’s App Store and Google’s Play Store in a single week. 509 million of those downloads came from the U.S. Apps are as big a part of the mobile fabric as the phones and tablets on which they run. This year, more apps than ever were released to the various mobile markets. We saw some big players snatch up smaller players; big networks retool their efforts to better compete with small networks; and apps we thought may be illegal. We even saw a dope app come from a site we’re not too fond of. As we close in on 2013, let’s look back at the best apps that dropped over the past 365 days. REVIEW THE LIST

Paul Mooney has never been one to bite his tongue. The legendary comedian, actor, author, and social analyst got his first break writing for Richard Pryor. He helped pen Pryor’s Is It Something I Said, Bicentennial Nigger, and Live on the Sunset Strip albums. In addition to writing for programs like Sanford and Son, Mooney served as the head writer for The Richard Pryor Show, where he helped launch the careers of actors like Robin Williams, John Witherspoon and Sandra Bernhard.  Mooney was also the head writer during the first season of the groundbreaking In Living Color, where he fathered characters like the wonderfully volatile Homey D. Clown. He’s probably best known to younger generations for his unforgettable appearances on Chappelle’s Show. This month, he’ll be performing at D.C.’s Howard Theatre and New York’s B.B. King Blues Club & Grill, in all of his unfiltered splendor thanks to Jill Newman Productions in association with PM7 Entertainment.  Mooney talked to Complex about the 2012 presidential election, why people can’t handle the truth and, of course, race. As expected, he’s articulate, unapologetic, and brilliant. READ MORE