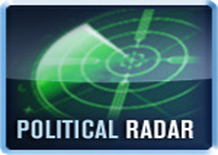 The state of Illinois would have to allow ordinary citizens to carry weapons under a federal appeals court ruling issued today, but the judges also gave lawmakers 180 days to put their own version of the law in place. In a 2-1 decision that is a major victory for the National Rifle Association, the U.S. Seventh Circuit Court of Appeals said the state’s ban on carrying a weapon in public is unconstitutional. “We are disinclined to engage in another round of historical analysis to determine whether eighteenth-century America understood the Second Amendment to include a right to bear guns outside the home. The Supreme Court has decided that the amendment confers a right to bear arms for self-defense, which is as important outside the home as inside,” the judges ruled.  “The theoretical and empirical evidence (which overall is inconclusive) is consistent with concluding that a right to carry firearms in public may promote self-defense. Illinois had to provide us with more than merely a rational basis for believing that its uniquely sweeping ban is justified by an increase in public safety. It has failed to meet this burden. “The Supreme Court’s interpretation of the Second Amendment compelled the appeals court to rule the ban unconstitutional, the judges said. But the court gave 180 days to “allow the Illinois legislature to craft a new gun law that will impose reasonable limitations, consistent with the public safety and the Second Amendment as interpreted in this opinion, on the carrying of guns in public.” David Sigale, an attorney who represented the Second Amendment Foundation in the lawsuit, called the decision by the appeals court in Chicago “historic.” CONTINUE READING..