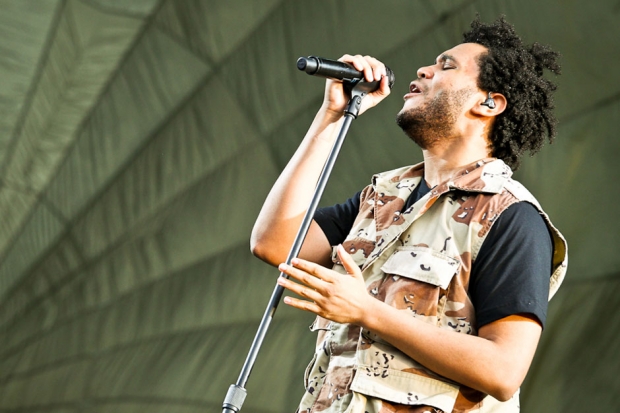 From its late-’70s and ’80s catwalk of flamboyance, eccentricity, and innovation with Michael Jackson, Prince, and Sade, to its years in the wilderness as hip-hop’s hook-supplyin’ weed carrier, R&B is alive again! Cherry-picking the past while exploding conventions and taboos, an array of compelling artists have reinvented the genre as perhaps the only cool-yet-sane refuge for music fans in 2012.

The sheets of cheers coming from the first seven-or-so makeshift rows at Frank Ocean’s Lollapalooza performance this past summer were practically the Beatles at Shea Stadium. It was the closest to an unbridled can’t-hold-it-in embrace of a musician by his or her fans that I’ve ever witnessed. Ocean’s nighttime set began with an acoustic cover of Sade’s “By Your Side,” moved through songs from last year’s debut free download Nostalgia, Ultra and then the newly-released channel ORANGE, at his own deliberate pace. He stopped to praise the city of Chicago’s architecture, warned mind-altering newbies that they should take it easy, and held up one of the green-friendly cardboard cartons of water that were scattered all over the festival grounds and said they were “something else.” Then he worried aloud if that qualified as an endorsement.

The set ended with the 10-minute “Pyramids,” which conflates Sun Ra, Stevie Wonder’s Innervisions, Michael Jackson’s “Remember the Time” pop-Egyptology video, plus R. Kelly’s or T-Pain’s stripper jams, and is the centerpiece of Ocean’s album channel ORANGE (released in July), SPIN’s best of the year. While channel ORANGE undoubtedly signifies as R&B, it deftly bobs and weaves around the genre’s traditional expectations. Performing just a couple of hours before Ocean was fellow R&B boundary-pusher the Weeknd, a.k.a., Abel Tesfaye, who presented his risqué, heretofore anonymous R&B on one of the festival’s main stages — where, later in the night, the Red Hot Chili Peppers would unleash their weathered dude-funk.

Ocean’s performance came just a month after the singer-songwriter, 25, detailed his first love (to another man) in a Tumblr post, deading whispers about the loaded “he” pronoun on the channel ORANGE track “Bad Religion.” At Lolla, every song, every self-conscious joke, even a coy reference to the infamous first-love note, brought screams from Ocean-obsessives who had pushed to the front of the stage earlier in the evening to ensure a spot. CONTINUE READING..