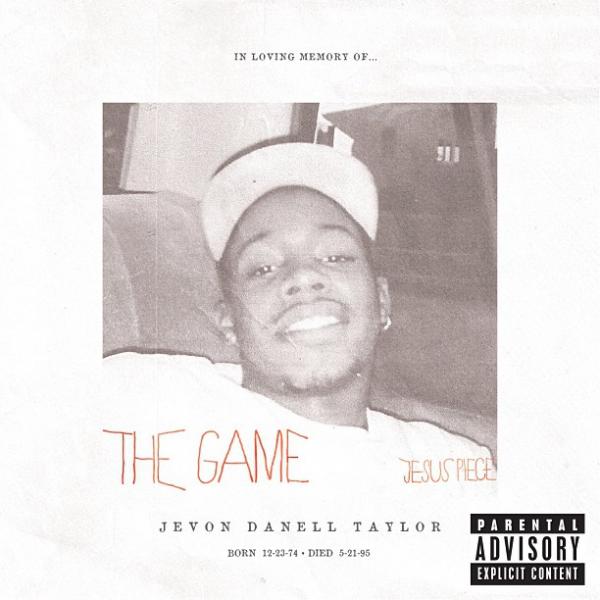 You got to hand it to the Game. The Compton rapper has been a self-promoting machine plugging the Dec. 11 release of his fifth album, Jesus Piece. It started with the who’s-who of features on the LP’s lead single, “Celebration.” Game wrangled Chris Brown, Lil Wayne, Tyga and Wiz Khalifa for the track and video. Then there was the album’s controversial cover art, followed by several freebies that included the LP outtake “Holy Water” and the Shyne-dissing freestyle “Cough Up A Lung.” Along the way, Game saved a guy’s life and threw some punches at Lil Wayne’s 30th birthday bash. With all the action on Game’s Twitter page in recent weeks, it’s hard to believe that the Jesus Piece tracklist has remained elusive…until now. Twelve tracks and assists from some of the biggest names in hip-hop — Kanye West to Kendrick Lamar to Rick Ross to J.Cole and more — show up on the Jesus Piece tracklist. Jamie Foxx makes a cameo on “Hallelujah,” while the Dr. Dre-produced “Dead People” is an added bonus for those picking up the album on iTunes. Song titles like “Heaven’s Arms,” “Pray” and “See No Evil” keep with the album’s gospel concept. CHECK OUT THE REST OF THE ARTICLE